It’s in the Bag is proud to have joined forces with 19 other rare and less common cancer charities in a major new fundraising campaign.

The twenty charities, all working with people with rare and less common cancers, are collaborating in response to the devastating impact of the Covid-19 crisis on charities and the people they support.

The challenge started on 20th September 2020, the charities are asking supporters to sign up to the 20 for 20 challenge and take on 20 challenges over 20 consecutive days. Participants can choose any challenge or activity they like based on the number 20 – from running for 20 minutes to baking 20 cakes – and collect sponsorship for their chosen 20 for 20 charity.

In a recent survey, Cancer52 found that the majority of rare and less common cancer charities had seen a rise in the use of their support services during the pandemic. Almost 30% of those surveyed reported that their support line usage had increased by 50% or more during the first three months of the pandemic. 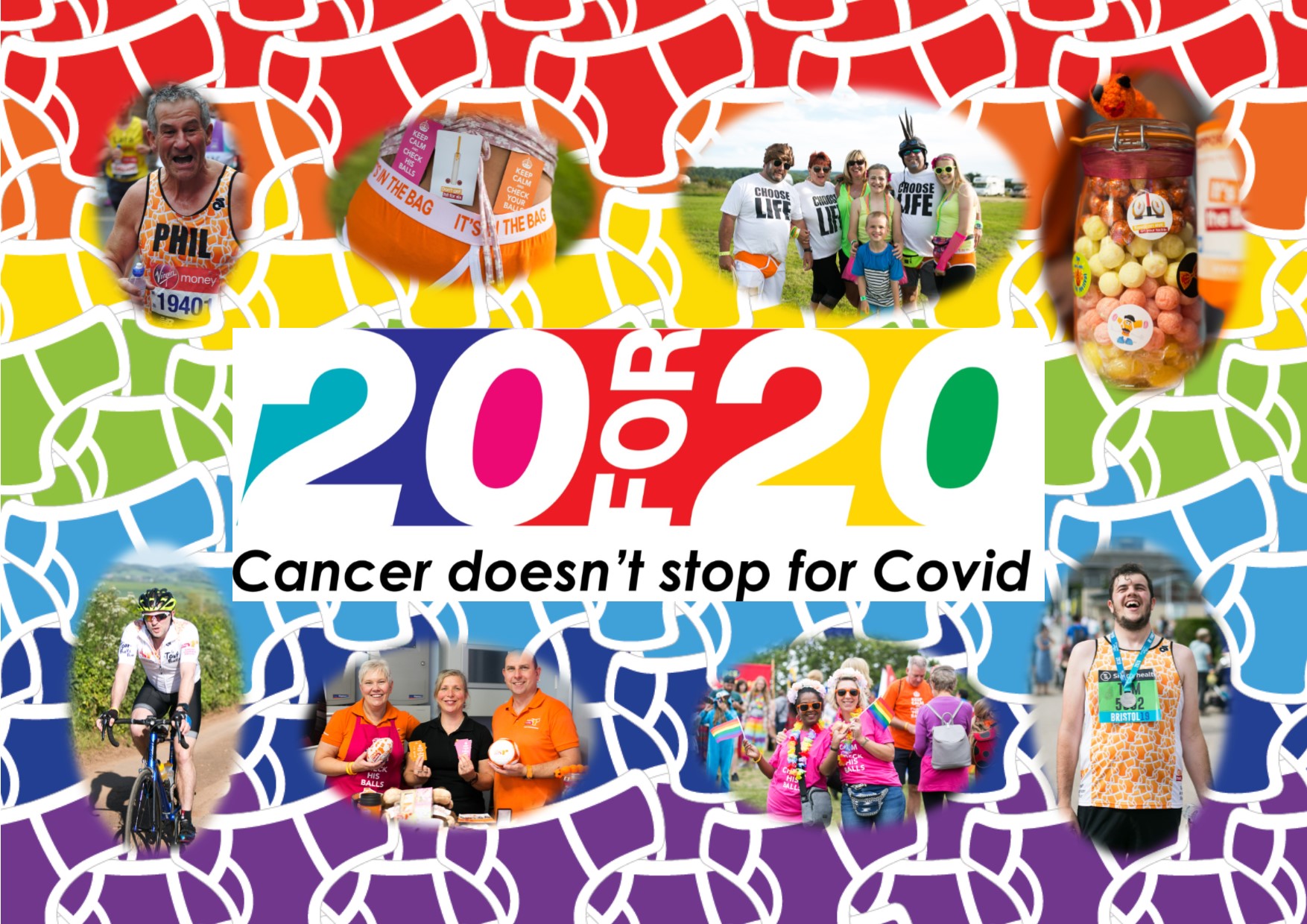 At the same time, the pandemic has had a major impact on the amount of voluntary income received by these charities, and the majority for the 20 for 20 charities (almost 70%) haven’t received any form of government funding.

Jane Lyons, CEO of Cancer52, said: “This fundraising initiative is coming at such a good time – all the charities need the funding to support patients now in the long term, but we hope the campaign will also raise awareness of these cancers and encourage people to come forward if they do have worrying symptoms.”

Sue Brand, from It’s in the Bag, said: “This has been a difficult time for most charities, but the smaller lesser known cancers/charities have found it harder as they do not have the infrastructure to compete with the bigger well known charities. We are looking for 20 supporters to helps us to raise funds, which will help us to continue to do the great work we do”

If you would like to help or know more go to: 20for20.org.uk or to fundraise go to: https://www.justgiving.com/campaign/20for20forItsintheBag

wHoo Cares is a community interest company working to support people who live on the Hoo Peninsula, with the overarching aim of reducing social isolation. We caught up with the team to find out more.

As the 3rd largest city in Scotland, Aberdeen is most commonly known for its shipping and fishing industries. However, its selection of cancer support services are also first class. Here we take a look at just a few of those services.

NHS England, support organisations and cancer charities across the UK